They no longer need to use the army, the police, or weapons. They just need to frighten us with a small or large health scare and we willingly hand over the keys to our independence and our freedom. 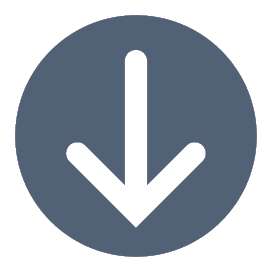 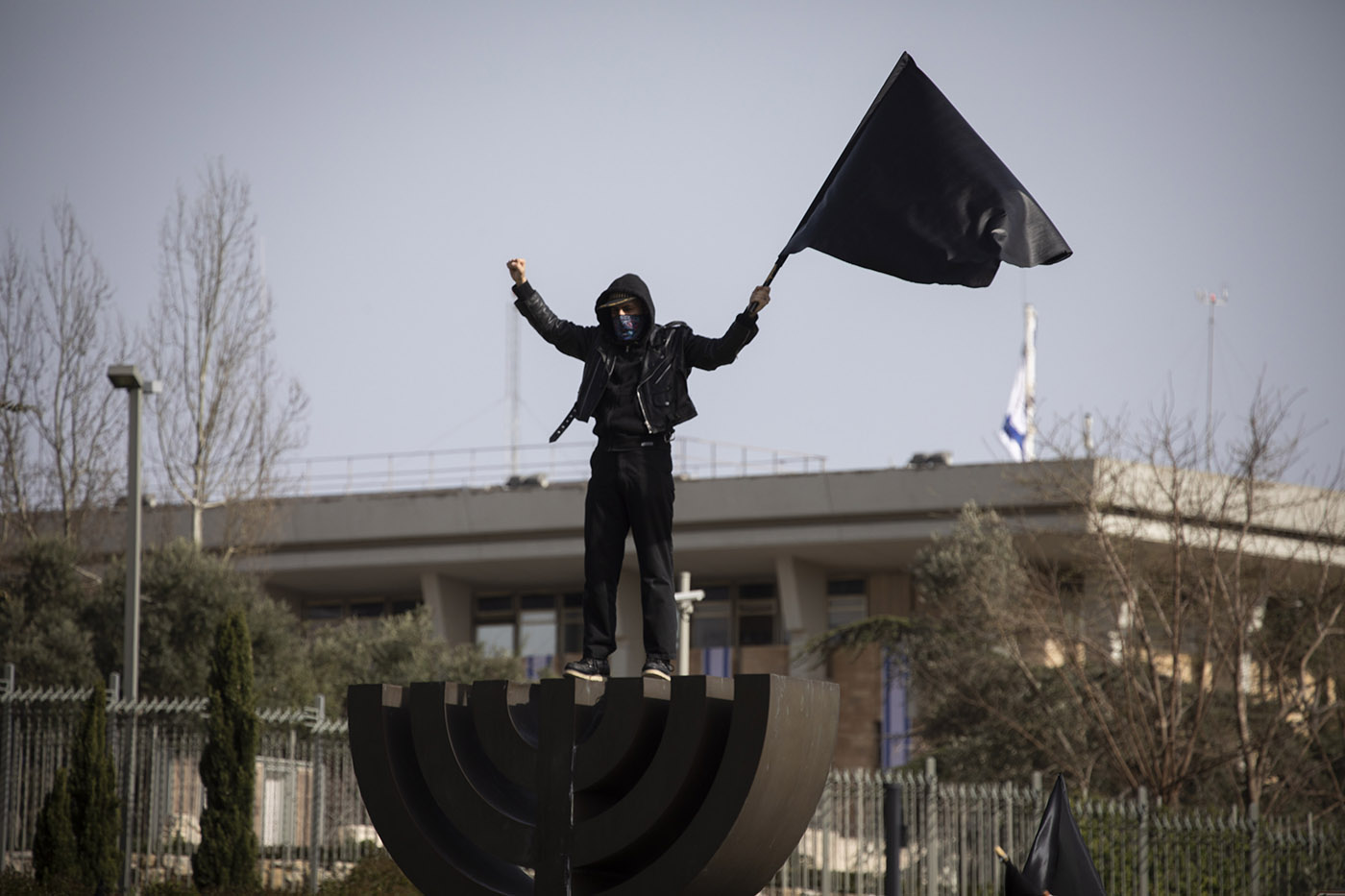 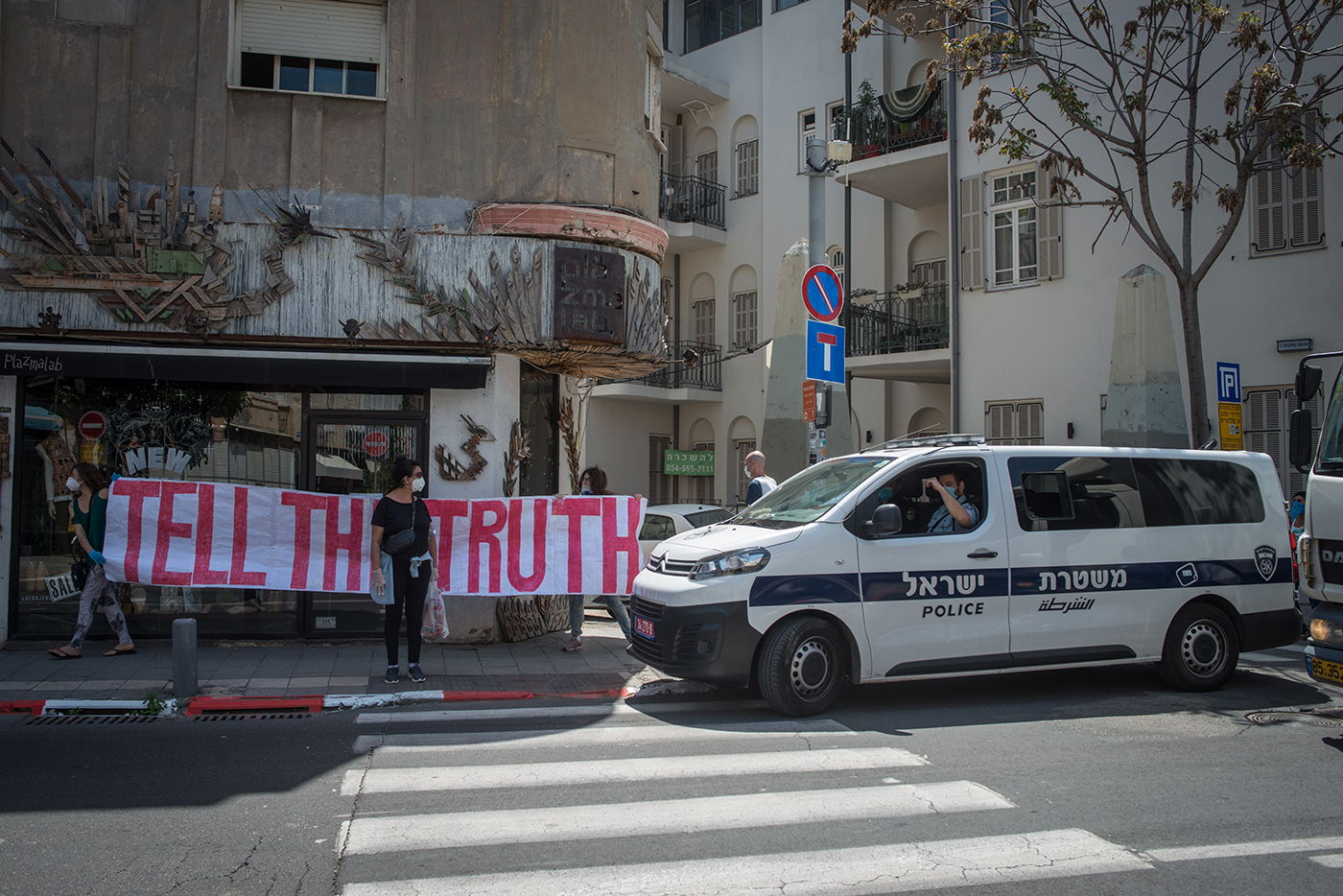 Protesters on the way to a demonstration • Tel Aviv • April 2020 • Photo by: Beah Bar Kalush 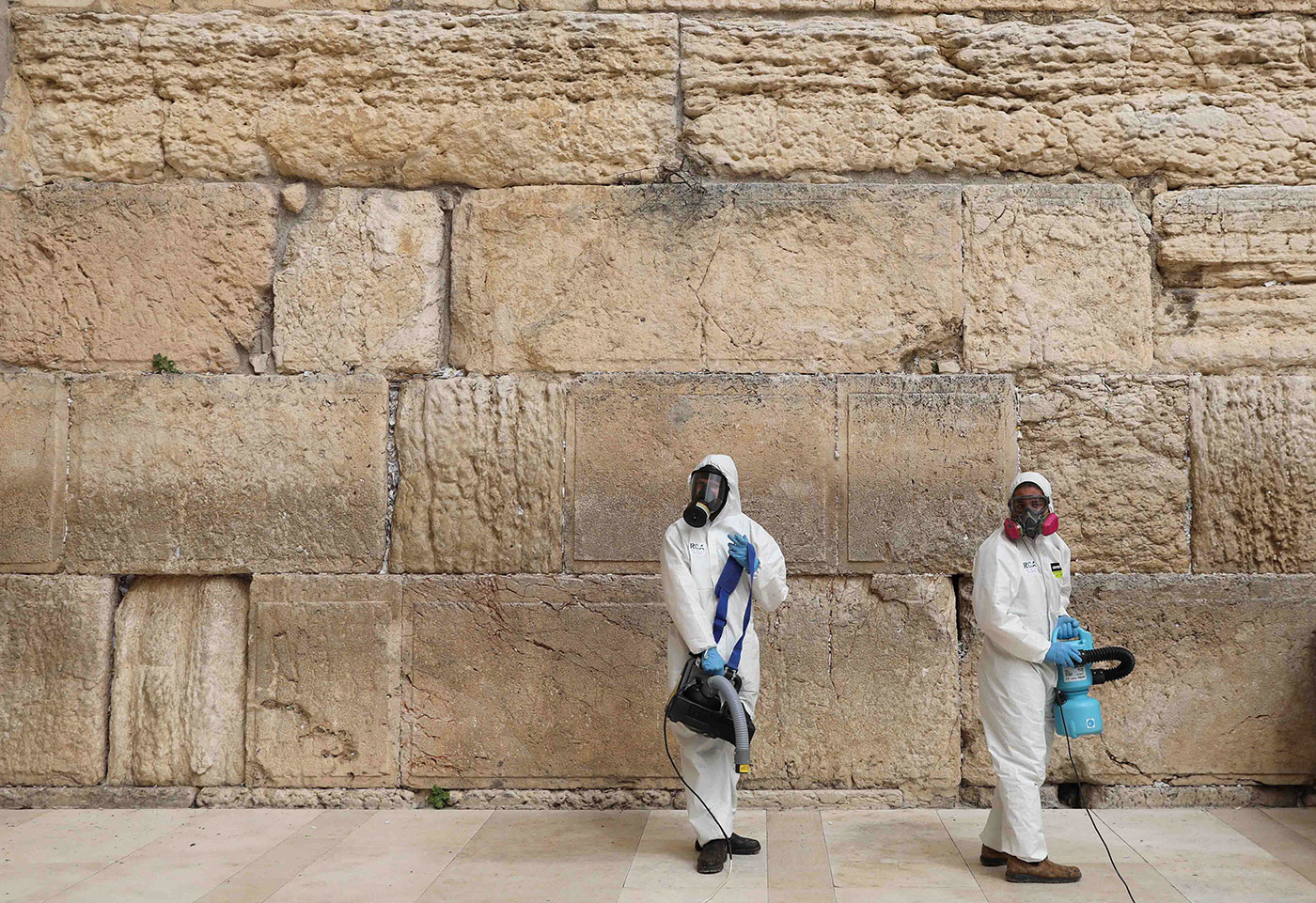 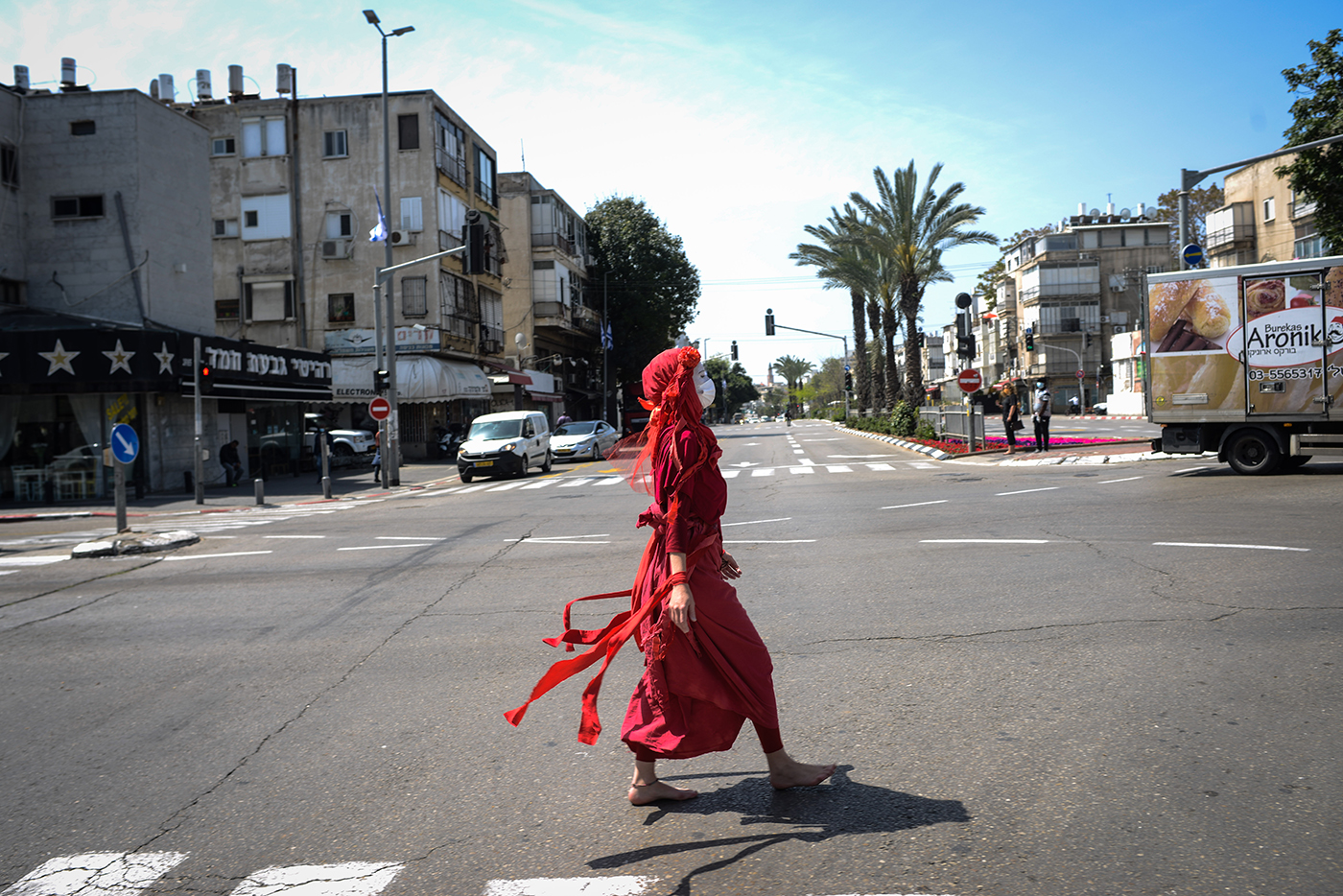 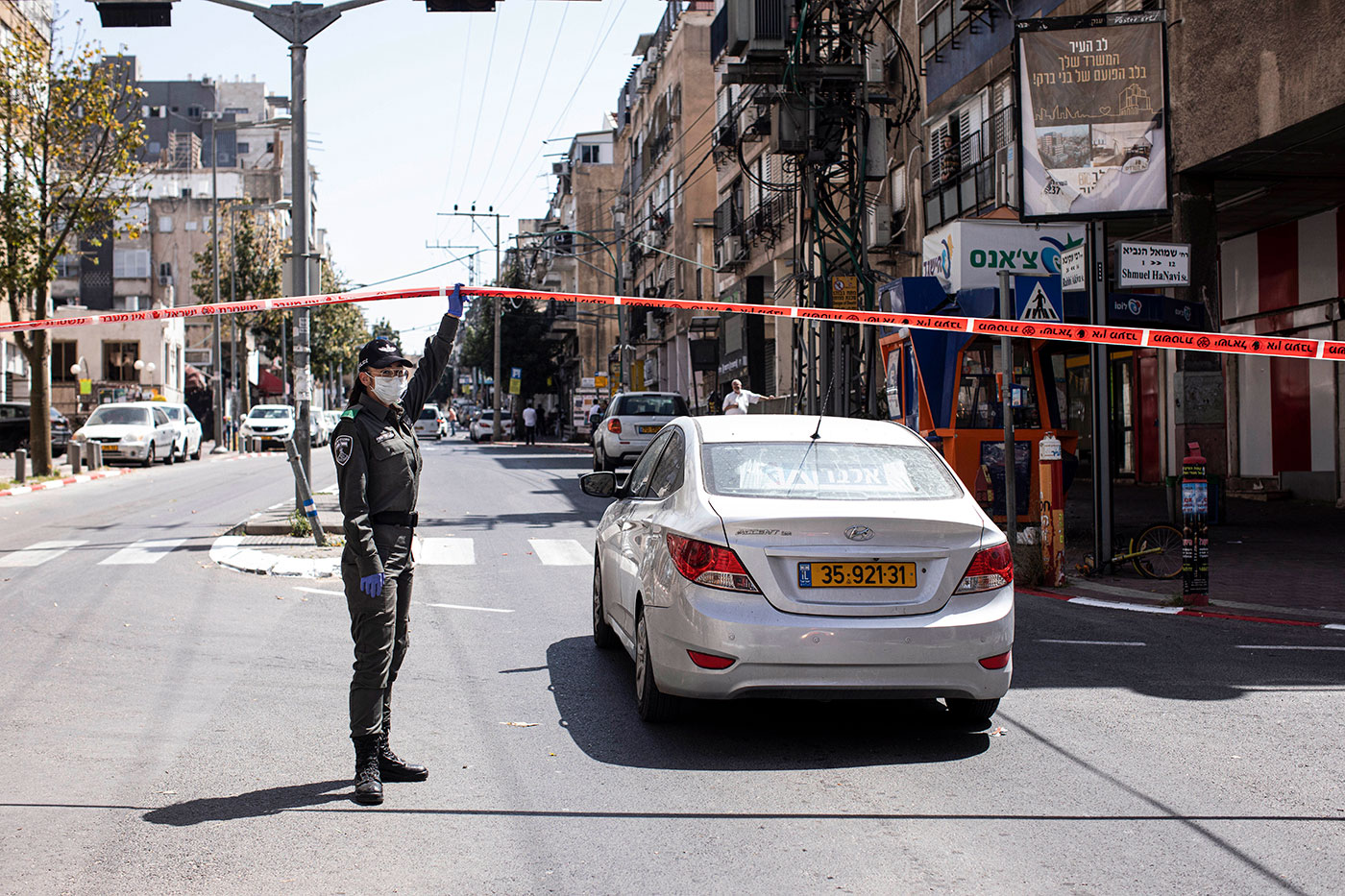 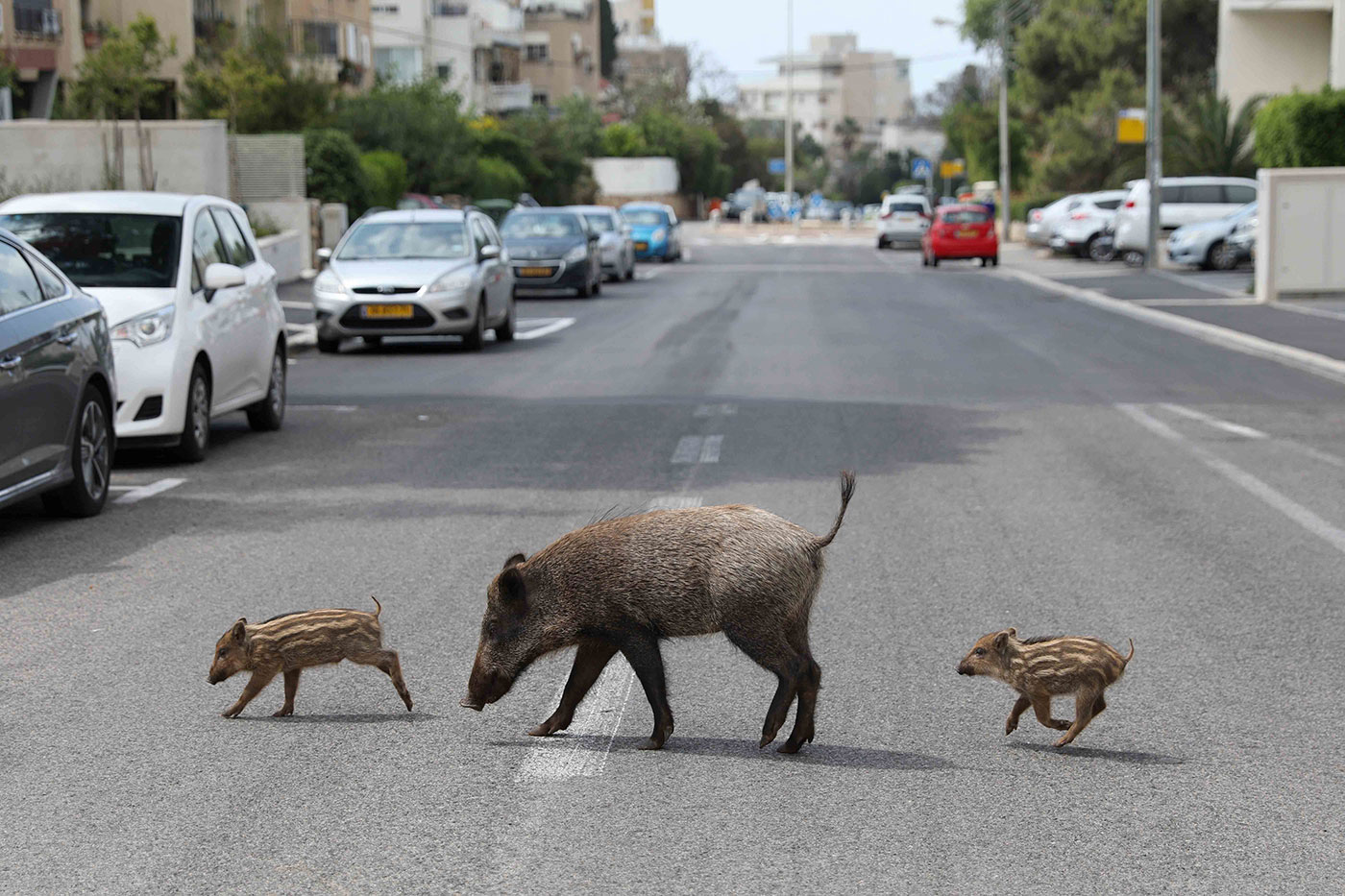 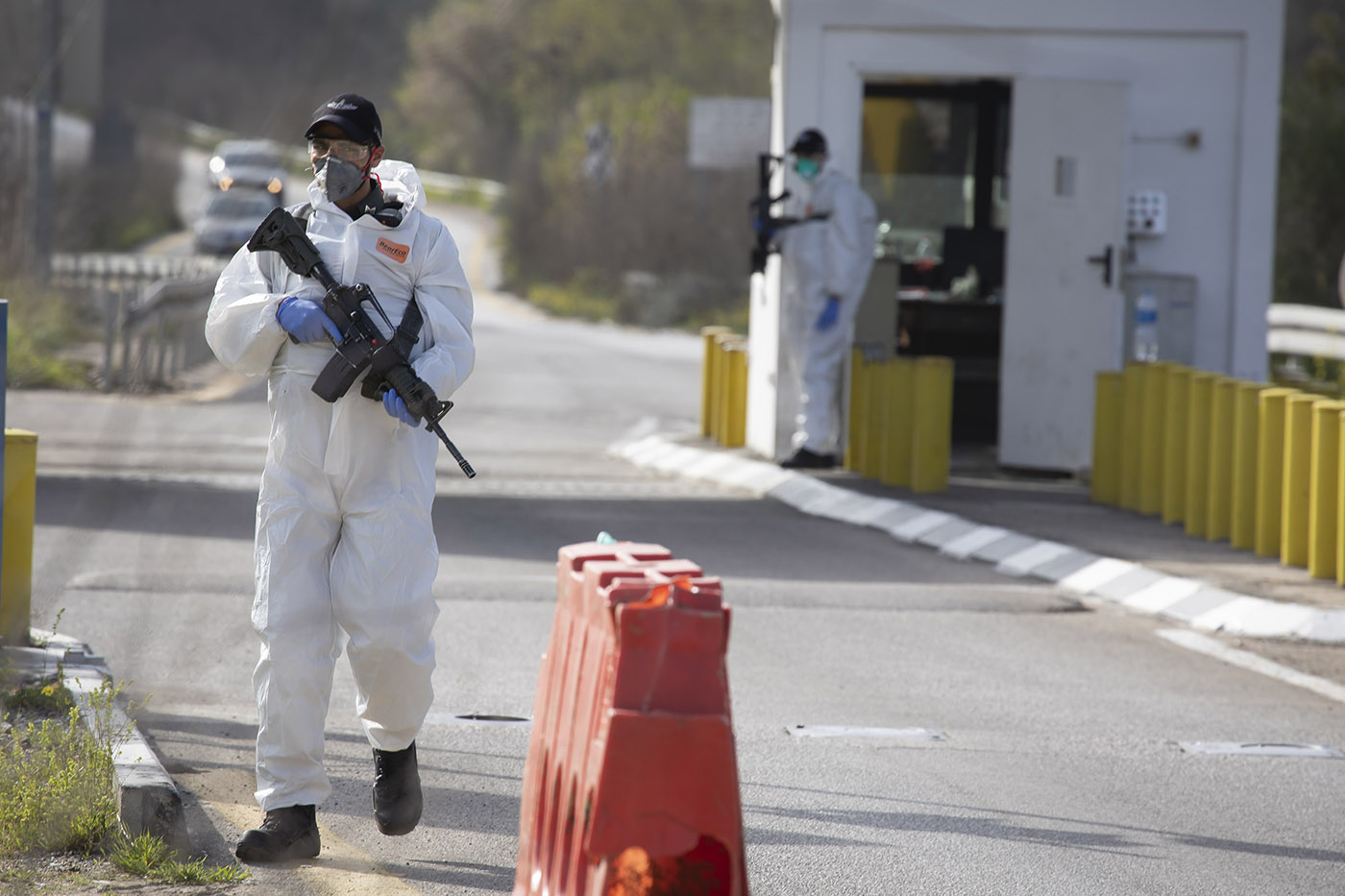 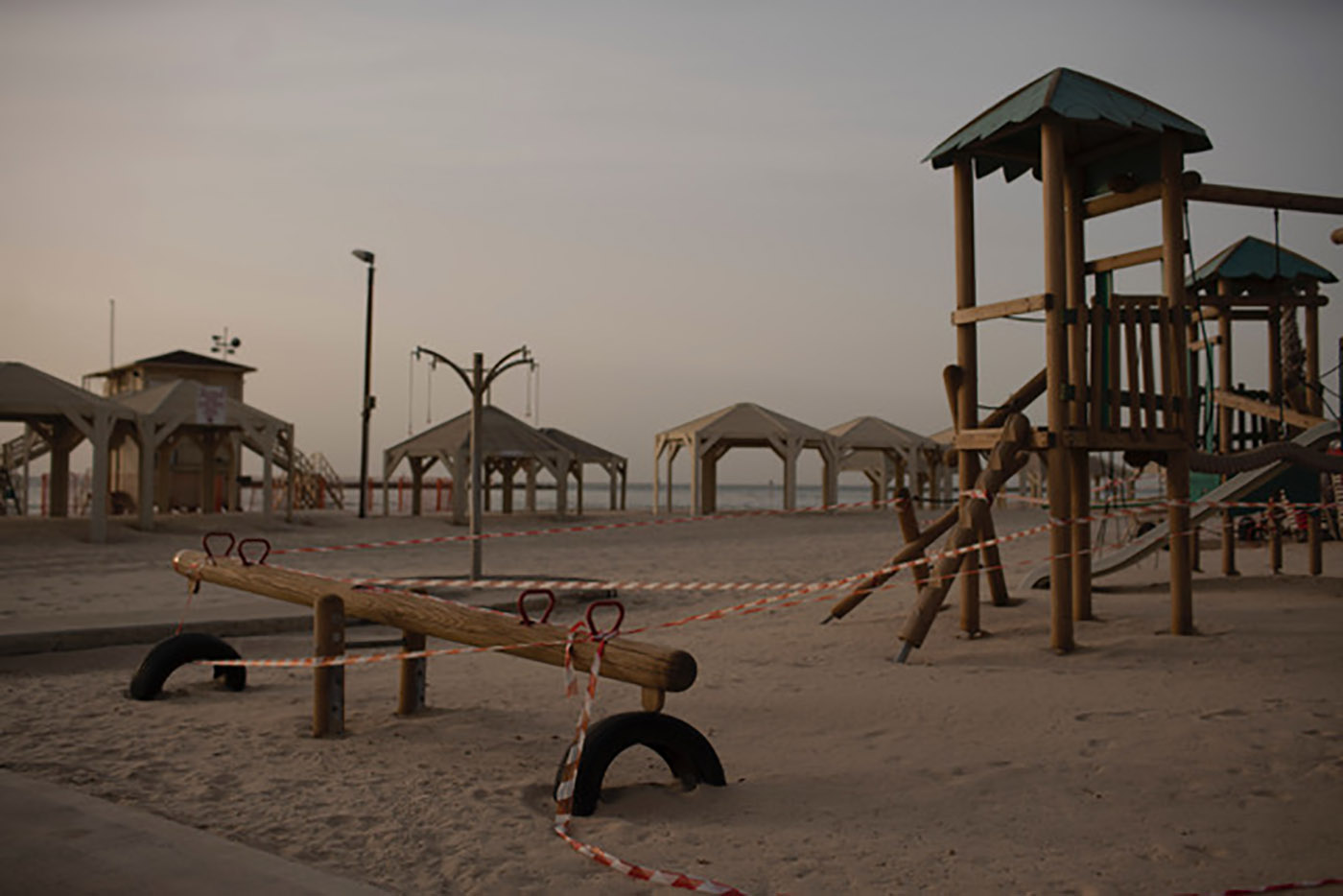 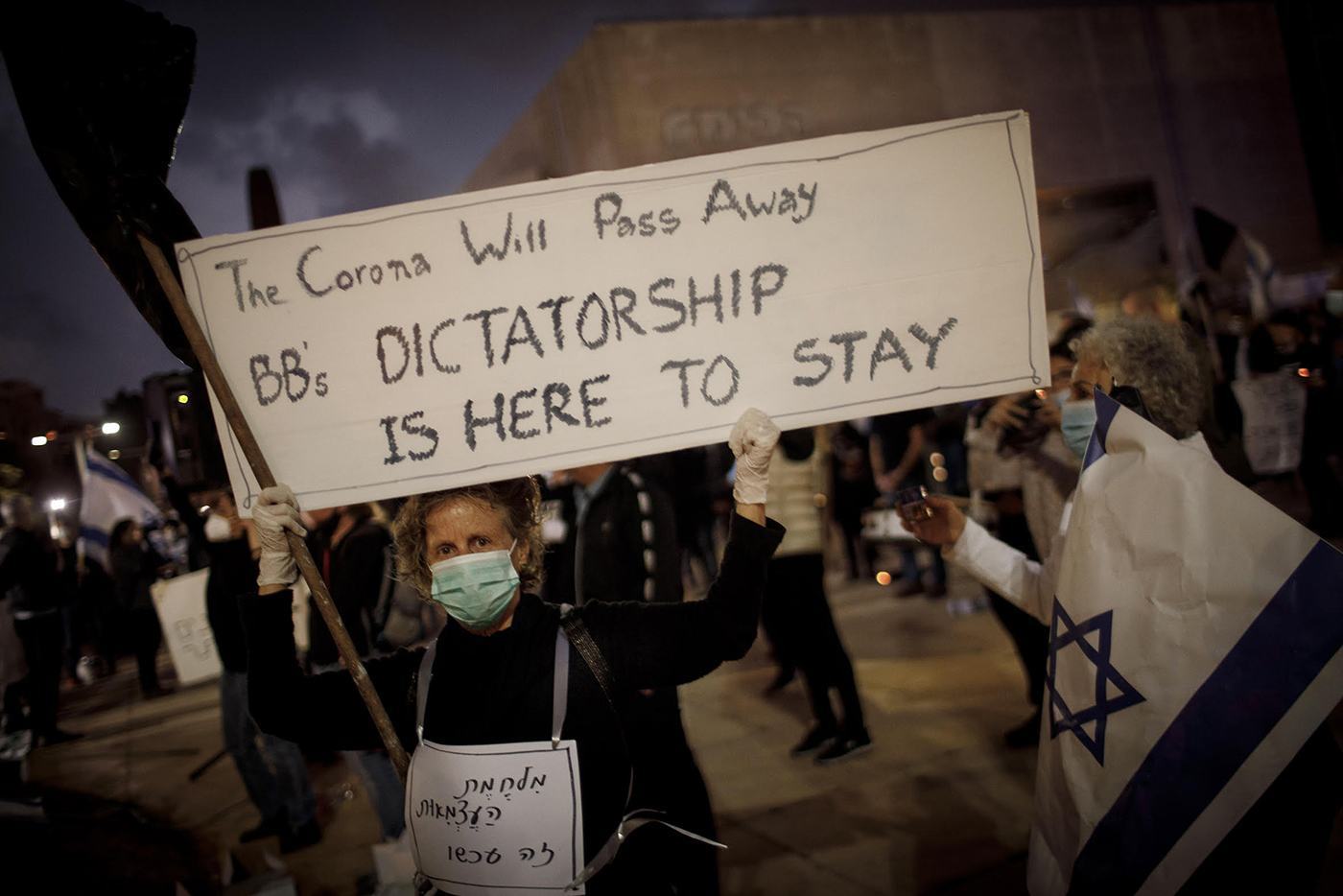 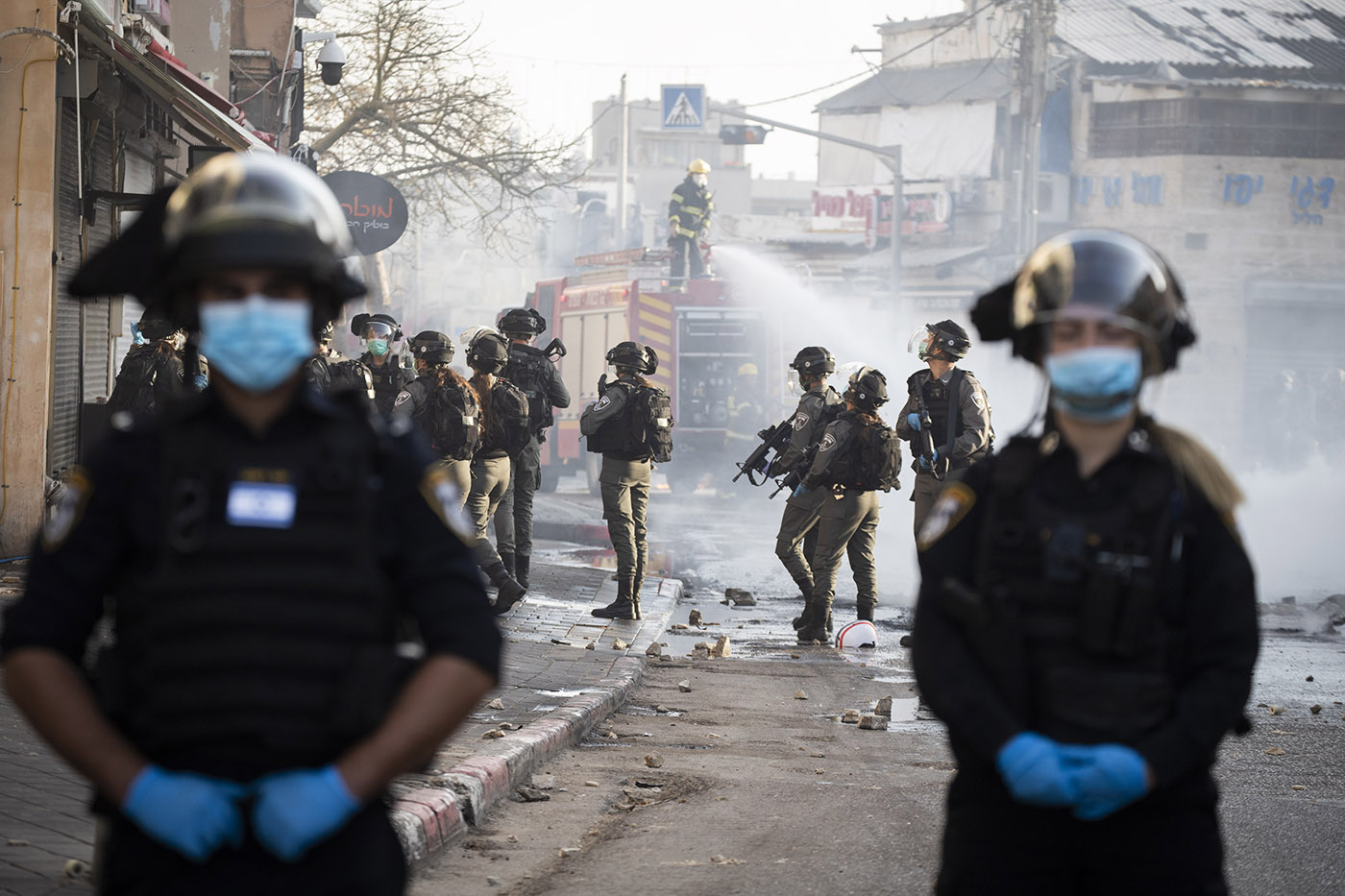 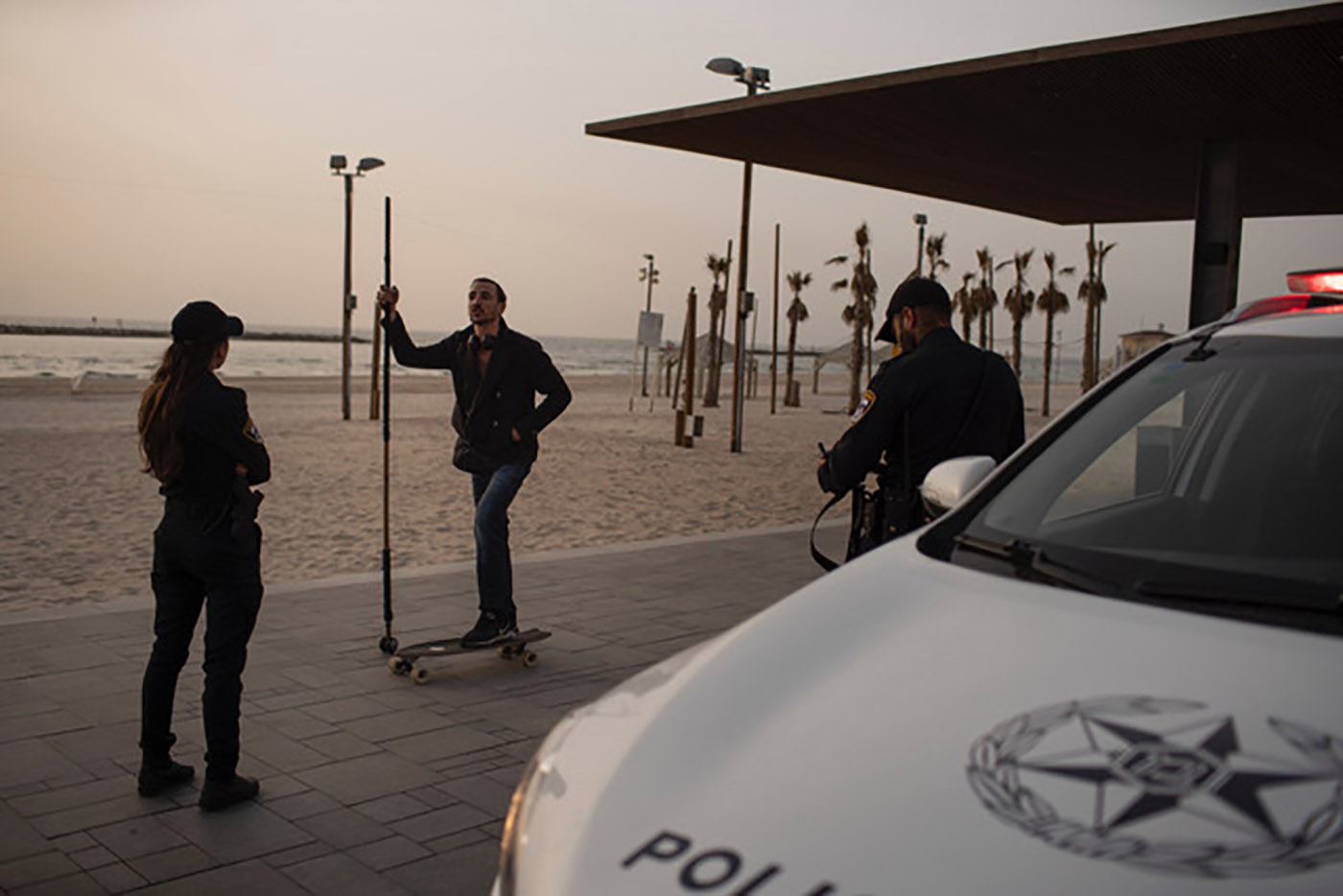 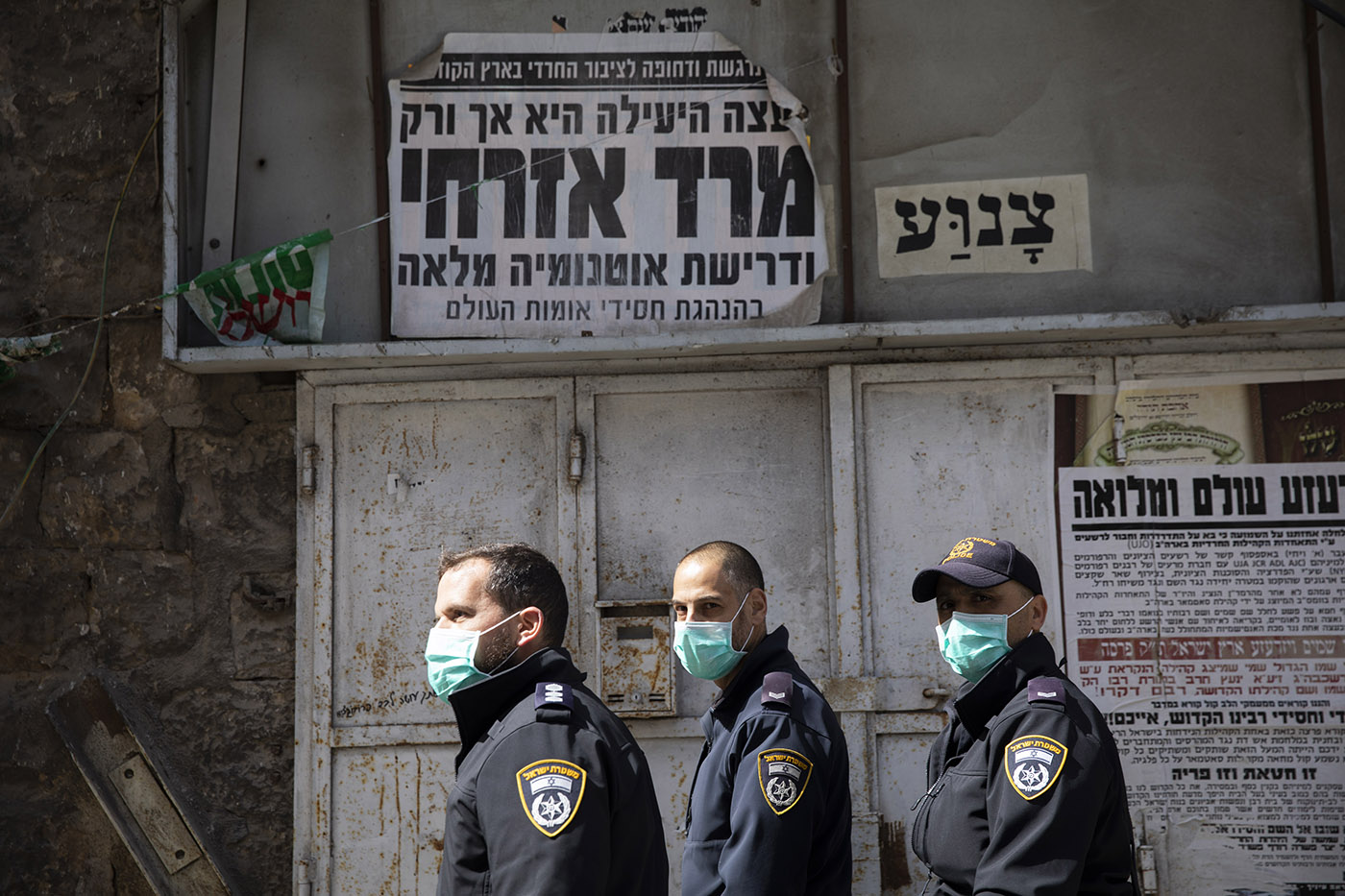 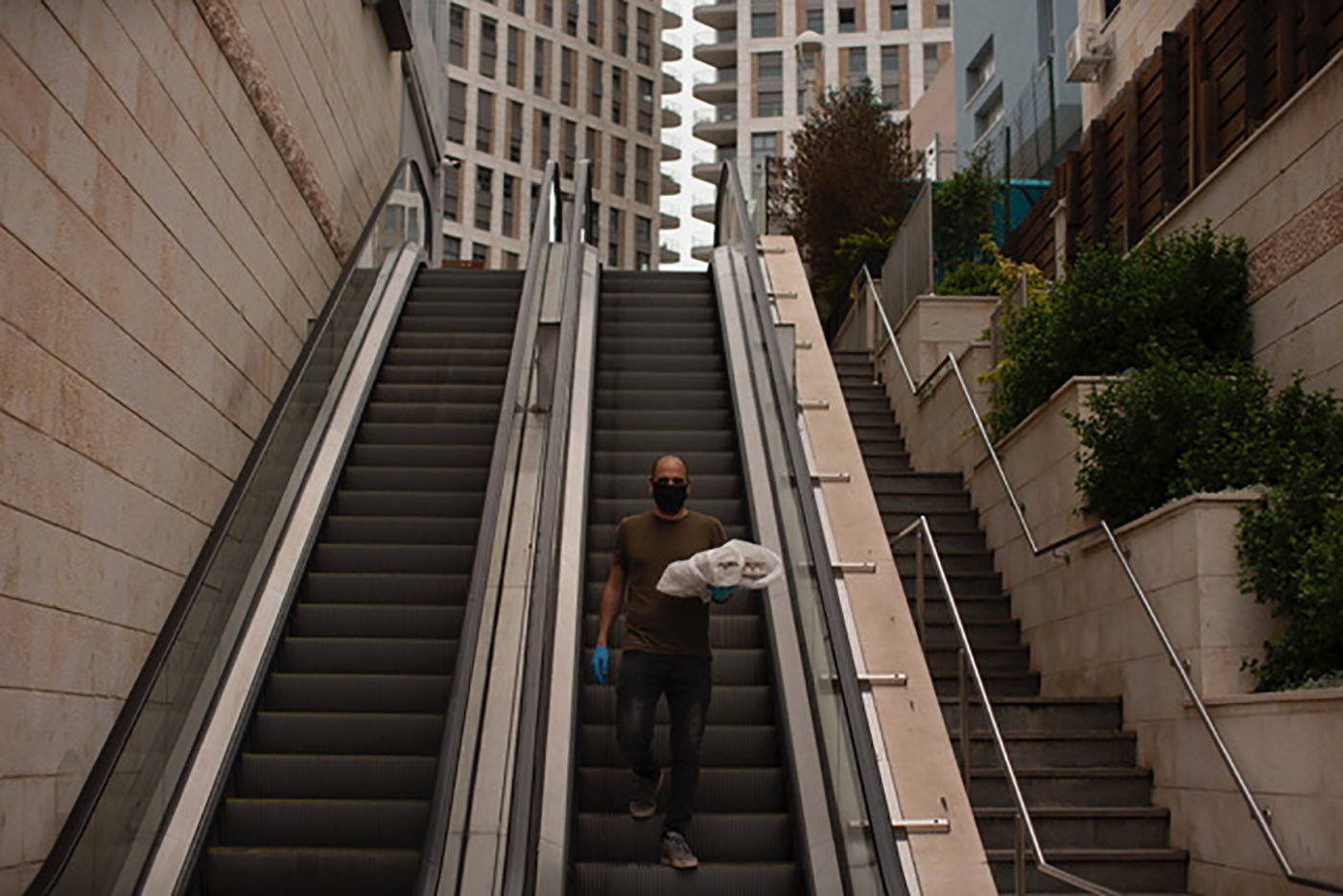 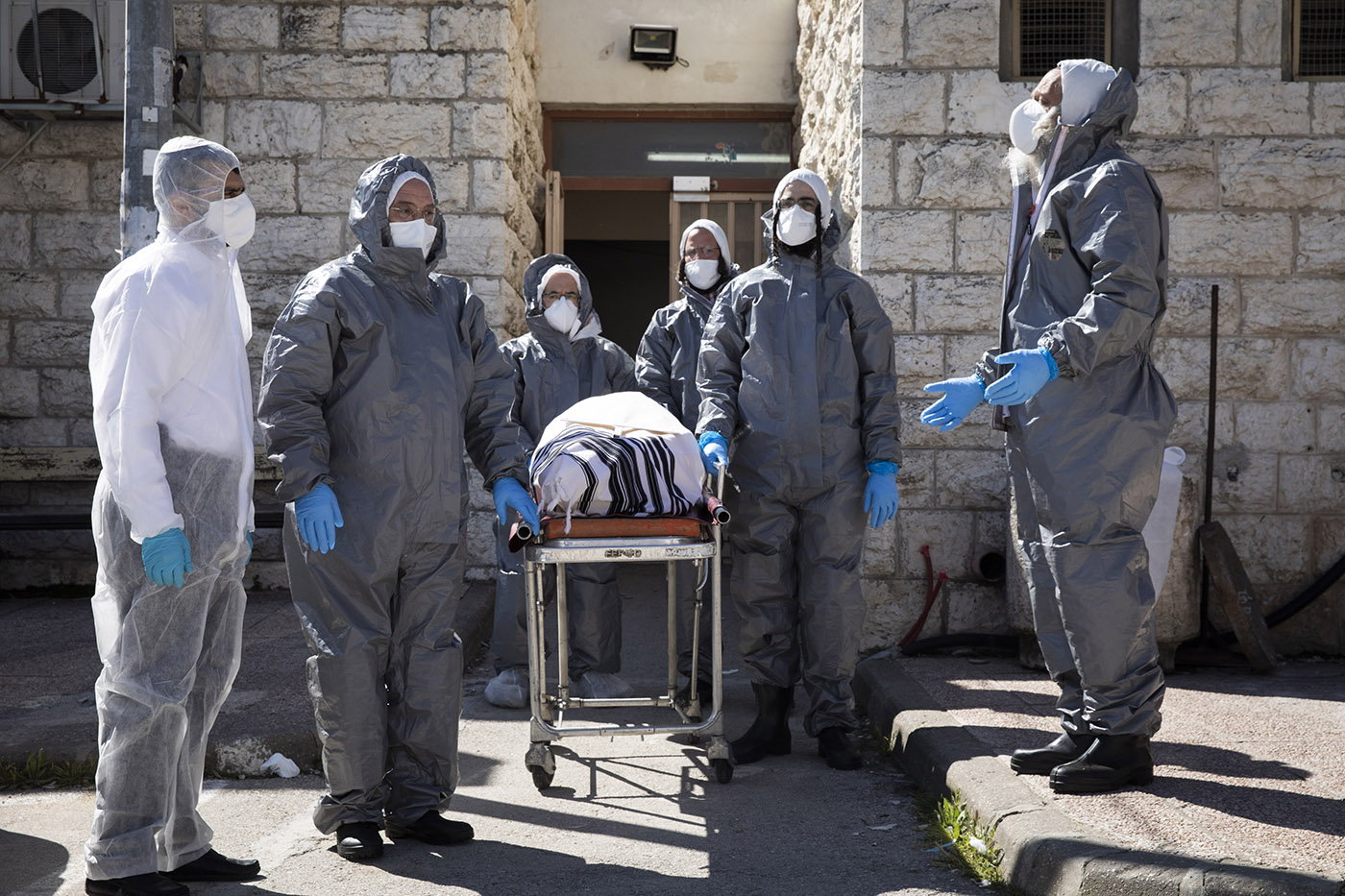 When it all started, several days after we had begun to absorb what was happening, we were all standing at a precipice; each person at their own individual precipice. It felt like the Apocalypse or the End of the World with each person translating it into the vision they usually imagine.

The pessimists among us envisioned the plague being with us for many long months with deserted streets, soccer fields as huge mass graves, wild boar roaming the streets that were once teeming with people, "Outside, the sword will bereave, and indoors terror" (Deut. 32:25), and an economic crisis plunging us all into starvation and survival mode.

The optimists among us also envisioned the approaching Apocalypse, but for them it signaled the final and necessary collapse of the capitalist, industrial, and polluting values of Western society. They believe that Mother Nature and the Earth are dealing humanity a heavy blow to punish us for having abused nature and its vegetation and overused its resources and raw materials. Now Creation is revealing the full glory of its unity by showing us how a single virus that flutters its wings in China leads to a lockdown of the entire world within a few months.

Monotheists who believe in the Coming of the Messiah see the elegance of Divine Providence in this mysterious and unknown virus that has managed to bring flights and transportation to a halt throughout the entire world, ending bloody wars, and confronting pompous, ego־ridden leaders with their powerlessness. Without firing a single shot and without the endless loss of life of children or young people, the virus is an elegant scalpel used by a merciful Divine presence to call for moral change.

Among Jewish believers, some even saw the intensification of the lockdown during Passover as a sign of the imminent arrival of the Messiah – a repeat of Israel’s redemption several thousand years ago during the Exodus from Egypt. The streets of Jerusalem and Bnei Brak that are constantly filled with the sounds of happy children were now as silent as the yards of Kfar Shmaryahu and Caesarea.

All of these, alongside many other prophets and seers, promised us that things would not return to what they were before the coronavirus came into our lives. We will learn to be satisfied with just our close family, our homes, and our community. We will stop consuming too much and working too many hours. We will discover within us unity and reconciliation, greater self־awareness, and other more tender and emotional corners.

Yet, for the time being, after we realized that we could celebrate the night of our national freedom in a much smaller setting or with Zoom – and that it is maybe even preferable – we discovered something else important: the liturgy we recite on Seder night and during Passover that praises our exodus from slavery to freedom managed to conceal the ease with which we agreed to give up our freedom – the freedom that was achieved with so much blood and sweat and the prayers and yearnings of thousands of years.

Perhaps we will gain the wisdom to understand how we were prepared to handcuff ourselves just because a few leaders, whose credibility was and still is very doubtful, said so. Perhaps we will learn how easy it is to frighten billions of people and to impose strict limitations on their freedom of movement, association, and occupation without even firing a single shot. They no longer need to use the army, the police, or weapons. They just need to frighten us with a small or large health scare and we willingly hand over the keys to our independence and our freedom.

Time will tell whether it was justified. Nonetheless, we witnessed the human flight from freedom in all its intensity. We saw the extent to which most of us became devoted to the restrictions and studied the laws concerning the distances we were allowed to move from our homes as fanatically as if we were ultra־Orthodox scholars. We discovered how our people, who are known for their stubbornness and rebelliousness, turned into an obedient flock who obey an unworthy leadership. We will have to quickly digest and absorb the lesson about the ease and irresponsibility with which we related to our basic freedoms. Freedom may be lost within a moment; winning it back may take a whole generation.